You are here: Home / Coaching With Stephen Frost 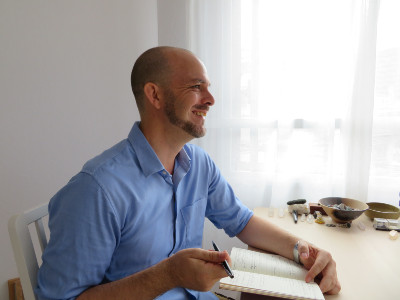 Coaching with Stephen Frost is something that really needs experiencing in order to understand why it is so powerful. While Stephen is a master practitioner of Neuro Linguistic Programming (NLP), Hypnosis, and Time-Line Therapy (TLT). His coaching skill, along with ability in driving incredible transformational change, optimising mindset, shortening that path to successful goal achievement, or dream manifestation, goes way beyond those skills.

It is worth noting that while Stephen Frost has been doing NLP driven coaching sessions with clients since 2005, he has been involved in coaching for far longer.

In his twenties Stephen was coaching direct sales teams into achieving higher conversions, maintaining higher positivity and motivation, plus consistently breaking through to higher and higher goal achievements.

With the addition of NLP skills, Stephen then took his coaching ability to far higher levels.

Coaching entrepreneurs, business owners, and CEO’s into overcoming the hidden obstacles they had been unaware were holding them back. Driving them forward with previously untapped springs of inspiration and motivation. Along with a vastly increased sense of purpose and mindset of success. Through coaching with Stephen, those coaching clients did things like unleash their ability to go from a home based business, into a multinational in just a few years.

Business success, and entrepreneurial success, is very much ruled by mindset.

And there is still a huge amount more that contributes to success in business, or as an entrepreneur, beyond mindset. Coaching with Stephen Frost brings a vast array of things together in order to foster that type of personal growth as well as professional development, which sees that type of transformational change which catalyzes success coming through.

With over two decades of business experience, including over a decade within digital marketing, Stephen has a very niche ability to help business grow, especially online. Merging mindset change and optimisation of entrepreneurs and business owners, with processes and strategies which build on those mindset shifts in order to maximize success for businesses.

In short, Stephen Frost catalyses transformational change in those businesses he works with, plus naturally, those business owners he coaches.

Coaching with Stephen Frost is about more than business.

It is about the realization of dreams.

For many people, those dreams are business related, through creation of wealth, thus freedom. At other times, dreams are focused more on relationships, lifestyle, or creation of balance within life such that true fulfillment can be experienced. Thus real happiness, real joy, can flow through for a surging life.

Success in life is again largely dependent on mindset.

Optimizing your mindset for a happy life usually involves going deep into the unconscious mind. This is something that Stephen has become very adept at. Having coached a great many people over the years, slipping into a person’s unconscious mind, helping them overcome hidden issues blocking happiness, has for Stephen, become second nature.

Stephen Frost has worked with this incredible ability of his, to help people around the world achieve a variety of different life objectives.

Something else which Stephen Frost has brought great benefit with, is helping artists breakthrough barriers, then overcome obstacles that limited their performing ability.

As an artist, being able to flow creatively, then communicate that through whatever means of expression is chosen, is vital. In much the same way as business is an integral part of fulfillment and sense of life success for entrepreneurs. Artisitic success, and the ability to communicate a vision, is core to sensations of happiness and fulfillment for artists.

Coaching with Stephen has helped various artists overcome blockages, let go of low self-esteem, develop higher confidence, plus much more. Empowering them in ways which have brought them the freedom to create the success they desire, entertaining people and communicating their visions, in ways which bring real joy to all.

Coaching with Stephen Frost is a truly powerful thing.

Goals And Dreams – What Would You Like To Achieve With Coaching From Stephen Frost? 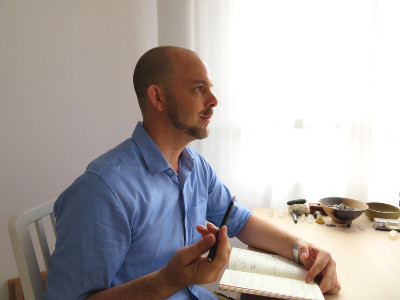 Just imagine you had been given a blank card.

Imagine that you could write anything on that card, and it would become a reality for you. What is it that you would write? How would you like to shape your life?

This is the opportunity that is basically open to those who are able to have coaching with Stephen Frost. Stephen helps people in an incredible way. One which unlocks them from their previous results. Expanding out their ability in such a way so that they can achieve whatever they set their mind to.

Hence why Stephen’s coaching clients have such huge appreciation for those sessions they have with him.

So, given that same opportunity. Given the chance to have coaching with Stephen Frost, what would you wish to achieve?

Time is that single resource which can never be brought back. Once gone, it is gone. So achieving the most from what time you have in life, requires commitment to action.

Living in a manner which brings you greatest opportunity for happiness and success is crucial. Getting coaching from someone who can coach you in the right way to help you bring your dreams into life, well that is a serious commitment to getting the best from life.

Getting coaching from Stephen Frost is that kind of coaching. So get in contact. Apply for coaching with Stephen, and see what amazing things can happen for you in life and business, when you begin getting that incredible level of catalytic change which coaching with Stephen brings.

Stephen Frost In Your Inbox

Get insights and much more from Stephen Frost to help enhance your life and business through empowering your mindset and more.